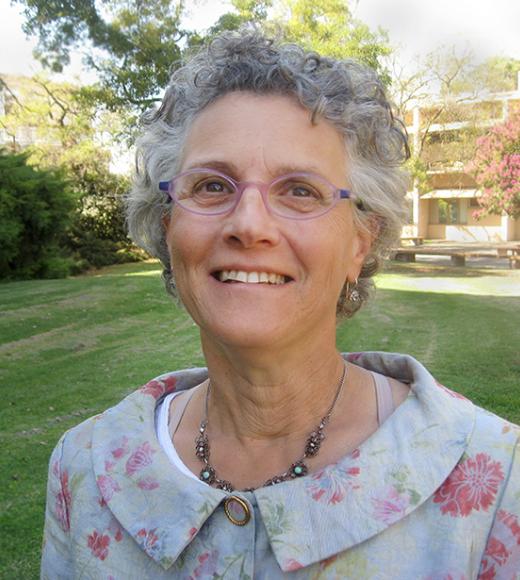 I am an evolutionary ecologist working mostly with plants in natural settings. I have been on the faculty at UC Davis for 24 years. I am married with two grown sons, and thus have navigated the work-life balance tightrope. (she/her/hers)

Evolutionary Ecology of Plants and their Interactions with other Species

I am interested in how species evolve as a consequence of community membership (their complex interactions with co-occurring species). I study plant communities mostly, but also work with insect herbivores and pollinators of plants. Most recently, I have been focusing on the role of evolutionary history in community assembly of plants, and in explaining plant-herbivore ecology and evolution. I am also interested also in how invasive species evolve post-invasion in new habitats and the impacts of invasives on the ecology and evolution of co-occurring native species. I am also Principal Investigator on the Responding to Rapid Environmental Change IGERT see below, a graduate training program that fosters collaboration and multidisciplinary solutions to environmental problems. A more detailed discussion of the varied projects going on in my lab can be found at my website.

Ecological specialists comprise a large portion of global biodiversity. In other words, not all species are equally good at living under the same conditions.  In this project, undertaken with colleague N. Ivalu Cacho (UNAM), I am working to understand the evolution of soil specialization in, and the evolutionary relationships among, members of the Streptanthoid complex, a diverse group of mustards, many endemic to the California Floristic Province. We have generated an evolutionary tree (phylogenetic hypothesis) for the group ( Cacho et al 2013, Molecular Evolution and Phylogenetics) and are using this hypothesis to understand trade-offs associated with soil specialization, specifically serpentine endemism. We use current ecological competition experiments in field soils, field and trait surveys and the phylogeny to understand the selective pressures and trade-offs, including both biotic and abiotic forces, leading to edaphic specialization (Cacho and Strauss 2014 PNAS). Our field sites span  Southern CA to Oregon, from deserts to high mountains, coastal areas and inland.

Streptanthus and allies are called ‘jewelflowers’ and I  think they are super cool and beautiful. This beauty helps keep me going when I am struggling in their preferred habitat of hot, south-facing very loose, steep and rocky slopes.

How well does the evolutionary relatedness between two species predict their ecological similarity?

With Jean Burns and Brian Anacker, I am studying plant community assembly at the UC Bodega Marine Reserve. We use experimental approaches, planting individuals into the niches of more and less closely related species, to understand coexistence among species. By placing them in other species' niches, we can ask species how well they like it in their destination site. That's the nice thing about plants-- we can force them to grow in another species' niche.  Maybe not as cute as a meerkat, but oh-so-much more tractable to ask cool ecological and evolutionary questions

We are measuring many traits and environmental attributes across our site to understand the major contributors to coexistence in this diverse community. We also examine the role of soil microbes in mediating coexistence between different plant species.

Application of evolution to biodiversity, disease and resource management

I have a long-standing interest in how to apply our understanding of evolutionary processes to problems in biodiversity maintenance and resource management. I also appreciate the many cross-disciplinary commonalities between evolutionary challenges of insecticide resistance in crops pests and drug-resistance in human disease pathogens. Moreover, evolution and refuge theory can aid us in all of these areas, such as reducing the prevalence of Bt resistance in insects, reducing the ability of cancer cells to adapt to drug therapies, and reducing the impact of selective harvest on wild traits of fish stocks.