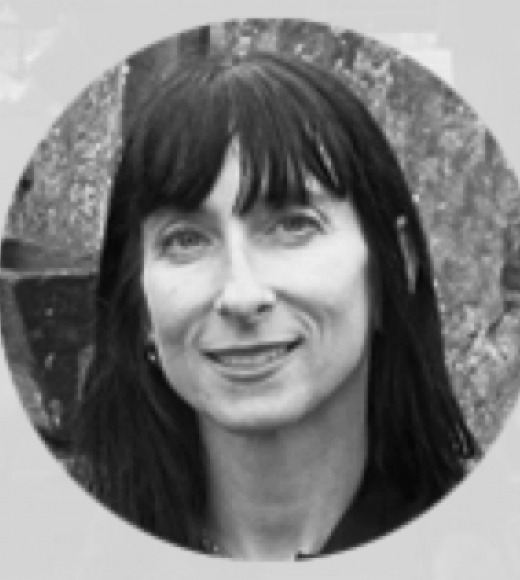 Glenda Drew is a Professor of Design, specializing in digital media.

Glenda Drew is a critical maker whose research is based at the intersections of visual culture and social change, with a particular emphasis on the working class. The content of her work is rooted in creating messaging with greater social implications, fostering innovation and encouraging behavior change. Her subjects include country musicians, waitresses, feminists and precarious workers.

In addition, she has recently created a few projects that consider climate change through a user interface and artistic installations. Her practice is multifaceted in form and includes graphics, photography, time-based, interaction and audience participation.

She is inspired by the creative possibilities technologies generate and she works with a combination of tools considered “hi-tech” and “lo-tech.” She mostly authors, designs, builds, programs and scripts her projects herself, and she also often collaborates with others in a cross-disciplinary manner. She approaches her work with an organic sense of play, exploration, and curiosity tempered by the design discipline with the goal of making meaningful work.

Drew was an active member of Paper Tiger Television in San Francisco for several years, a defining experience that continues to anchor and shape her work, from the DIY aesthetic and approach aimed at unpacking media technologies, to creating accessible media that asks critical questions about media ownership and media. She and Jesse Drew have recently founded a new research center aligned with the mission of Paper Tiger called California Center for Media Arts and Democracy (http://www.ccmad.org). She is also a member of the Verge Center for the Arts (http://vergeart.com/) collective in Sacramento.

Drew exhibits her work nationally and internationally and was recently featured in Bitch! A Feminist Response to Pop Culture magazine. Current projects include:

More of Drew’s work can be seen on her website.